1-800-GOT-JUNK? is happy to help you with junk removal in the Absecon area. Call or book now!

Book Online
Call
Book Online
1-800-GOT-JUNK? is happy to help you with junk removal in the Absecon area. Call or book now!

Junk removal service near you in Atlantic County

1-800-GOT-JUNK? is the local leader for junk removal in Absecon. We are in your neighborhood and can remove anything that two people can carry from your home or business. If you don’t want to do the heavy lifting yourself, look no further than 1-800-GOT-JUNK?. Say goodbye to junk, and hello to relief! From cleanouts to construction debris, we can handle it all. Call or book online for an obligation free on-site estimate today.

If you’re in Absecon and looking for a reliable, friendly group of junk haulers to help clear out your space, you’ve come to the right place. From electronics and trash pick-up to mattress and other furniture removals, our team is ready to take the job off of your hands and get it done right! We’ll haul away just about any non-hazardous items that our friendly crew can carry.

We also make sure to donate or recycle any items that we can, so you can rest assured that we’re handling your old items responsibly. Let 1-800-GOT-JUNK? Absecon take all the stress out of decluttering your home.

Whether you’re gearing up for a big renovation or you just want to get rid of all that old clutter, call your local junk-hauling pros so you can take back your weekend. A day at the movies or Heritage Park with the family will be much more relaxing than lugging old junk around—let us take care of that.

Whatever your junk hauling needs are—big or small—we’re ready to get it done quickly, responsibly and with a smile. Call us at 1-800-GOT-JUNK? today! 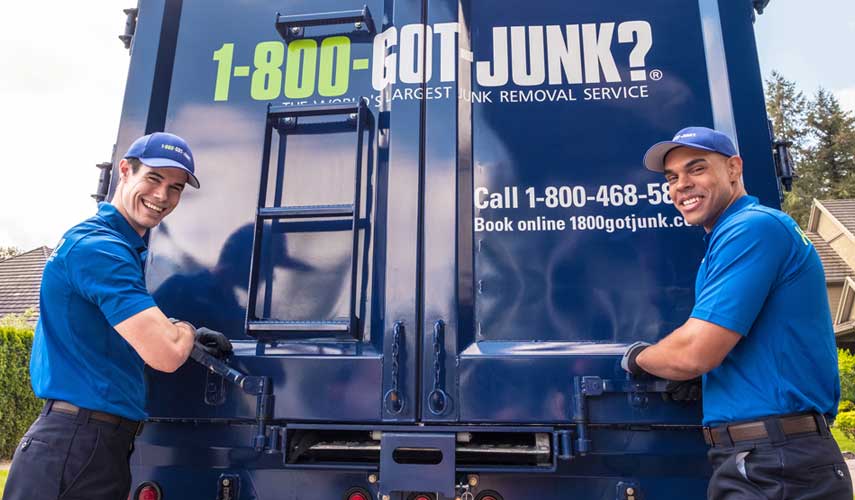 Prior to joining 1-800-GOT-JUNK? I was in the hospitality industry. A majority of that time was spent working overnights, completing the night audit and overseeing all aspects of running a hotel at night. After starting a family though, the overnight shift became too much so I left the industry. I spent some time working for a township but then spent even more time unemployed.

I never really knew there was a junk removal market nor did I ever envision myself working in it until I answered an ad on Indeed in May of 2012 for a company called 1-800-GOT-JUNK?. I interviewed and soon started working on the trucks. By September of that year, I moved into the Ops Manager role and never looked back.

In 2021 I moved into the General Manager position, still working for owner John Vandeberg who has been a great teacher, mentor, and friend. He still jokingly reminds me sometimes of what a bad interview I was and how he almost didn’t hire me. Accepting this job is probably one of the top five best decisions I have ever made. I think the things I enjoy the most with this job are overcoming obstacles and watching the franchise grow.

As a franchise, we participate in the Adopt-A-Road clean-up program and have done some charity work for Second Chance Toys, assisting in their toy redistribution program. I’m hoping we’ll find even more ways to get involved in the community and give back whenever we can.

Outside of work I enjoy traveling with my wife of 25 years, whether it be a weekend in the Poconos or flying somewhere we’ve never been. I also enjoy playing pool. I am a member of the American Poolplayers Association and at one point played three nights a week on three different teams. In 2019 one of my teams won at the local level and we got to compete at the World Championships in Las Vegas, which is something I had been trying to accomplish for over 20 years of competition.

Getting ready to host an outdoor event? Whether it's in your backyard or on the patio, we’ve got some tips to set you up as the best host of the summer!